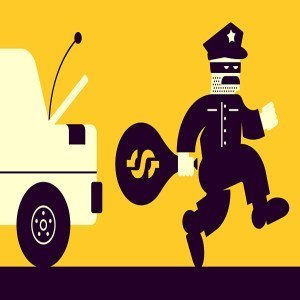 Civil forfeiture laws allow police to seize your property, sell it and use the money to fund agency budgets. This means your car, cash, real estate or other property can be taken from you even if you are not convicted or charged with a crime.

Originally, civil forfeiture was created to drain resources from powerful criminal organizations, but today it has become a way of funding for law enforcement agencies and has also led to personal gain.  According to a 2003 article in the St. Petersburg Times, Tampa Bay police seized and kept cars for their own use. “The seized fleet consisted of some 42 cars, including a Lincoln Navigator, a Ford Expedition, and, Police Chief Bennie Holder’s favorite, a $38,000 Chevy Tahoe.”

In Florida, law enforcement must prove with clear and convincing evidence that the property being seized was related to criminal activity. Although this is a higher standard than most other states, it still puts property owners at a disadvantage. This is because unlike a criminal forfeiture case, in which the government has to prove someone is guilty “beyond a reasonable doubt,” the standards in a civil forfeiture case are much less rigorous. According to the Institute for Justice, “law enforcement in Florida still receives 85 percent of the funds generated from civil forfeiture.”

It is also a misconception that most people who have their property seized are wealthy. Some low-income families who do not have the resources to get their property back are also targeted by law enforcement. Regardless of socioeconomic status, it is not fair that likely innocent people are being stripped of their property without ever being convicted of a crime.

The Institute for Justice’s Initiative to End Policing for Profit