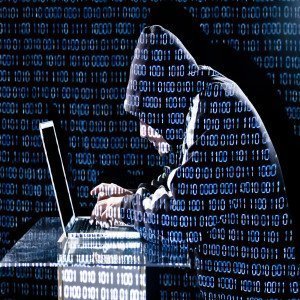 Wikileaks, a website that posts original documents from anonymous sources, has recently leaked e-mails between the Metropolitan Bureau of Investigation (MBI) and the Italian company Hacking Team that show the MBI’s desire to purchase spyware technology that would enable the agency to infiltrate phones and computers.

The MBI is a multi-agency task force in Orlando that covers Osceola and Orange counties and includes members from State Attorney’s Office, Orlando Police Department, Orange County Sherriff’s department as well as other local police agencies and the DEA, FBI, ICE, Secret Service and other agencies. Hacking Team is a company that uses computer viruses to help law enforcement and national security organizations gain access to targeted networks.

Ironically, Hacking Team itself has been hacked in the past. The hackers exposed documents on a Twitter page titled “Hacked Team” that showed evidence of the company working with numerous repressive governments such as Azerbaijan, Kazakhstan, Uzbekistan, Russia, Bahrain, Saudi Arabia and the UAE, many of whom have been criticized by international human rights organizations for aggressively monitoring journalists and other freedom activists. This is alarming because it essentially means that the MBI is using tax payer money to associate itself with and support a company that provides support for terrorists.

The recently leaked documents between the MBI and Hacking Team show that the MBI wants to purchase spyware called Galileo from the company. Galileo, which can be installed on phones and computers, will allow law enforcement officials to see what a targeted suspect is seeing in real time. The police would also be able to track the suspect’s movements. MBI director Larry Zweig even told the Orlando Sentinel that the task force wants to be able to track drug and human trafficking organizations through apps like Snapchat.

The MBI’s collaboration with Hacking Team wouldn’t be the first time that the agency has tried to use questionable methods to obtain evidence of criminal activity. In 1981, the MBI arrested 10 men on charges of running a football gambling ring after wire tapping two phones. The agency, however, was only permitted to tap one phone as part of the investigation. Therefore, none of the defendants went to jail.

In another instance, the MBI enlisted an alleged drug dealer named Donna Jean Gallagher as an informant in 1985. She later claimed that “she stole cocaine during MBI investigations to feed a habit agents knew about but did nothing to stop, was gang-raped by drug dealers while working for the agency and had sex with two of her supervising agents.” The agents were consequently fired.

If the MBI uses Galileo in its investigations, the agency needs to make sure that it filters out information obtained from people who are not targets of the investigation. In doing so, the MBI would be violating Title III of the Omnibus Crime Control and Safe Streets act of 1968. If the agency’s past transgressions say anything about the future of the MBI + Hacking Team partnership, however, it’s that there may be significant privacy concerns ahead.

This week, NPR 90.7 aired an interview Florida Center for Investigative Reporting reported Trevor Aaronson, who voices some of the concerns with providing MBI with this powerful technology. http://www.wmfe.org/fcir-leaked-documents-show-mbis-interest-in-surveillance-software/